You know how some folks say those things in the corners in Venice are to deter the male of the human species from relieving themselves?

And others say, “No, they were there in the bad old days, before Edison had his light-bulb moment, and the streets were all dark, and these things stopped the thugs from hiding and leaping out to do whatever thugs do”.  (Are you still with me?)

Here’s a thing in a corner, to refresh your memory:

Well, someone posted a photo of one of these things on Facebook, and the battle was on, with the respondents (all Venetians) firmly split into one of the 2 camps. But, the comment I liked best (probably because I agreed with the fellow) had this to say:

What he said was that both camps could be correct. In really old times, the things were decorated with a sacred image, which was supposed to help deter the aforementioned thugs.  I looked through my cache of photos of pissotte, and the nearest illustration of this was one from the Zattere, right by the Gesuati. 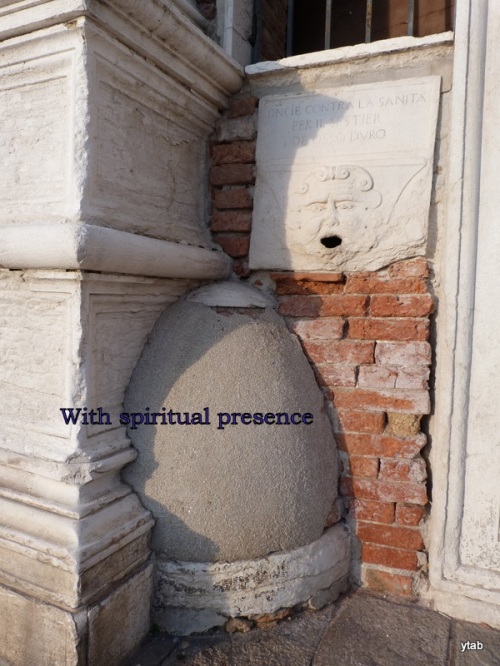 I also have a few to illustrate the second point made in the comment, namely that the more modern ones have a simple form, usually an inclined top. (I really liked the rest of the sentence, which says that those who pee on these, will have that liquid slide onto him!)

So, here are some of these functional objects. 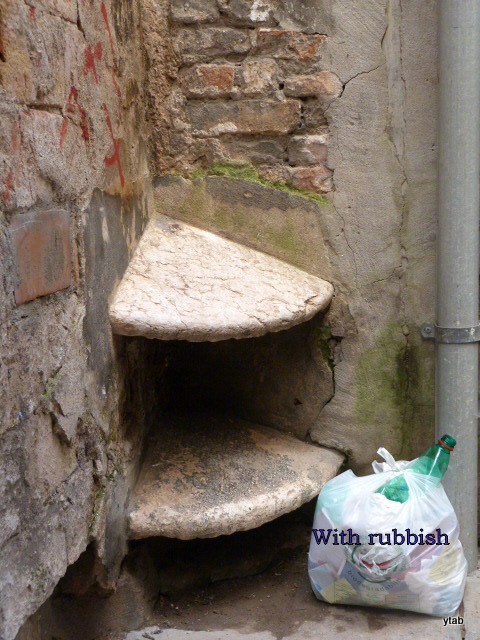 And, just to make my day complete, the final part of the comment gave the Venetian slang word for what I call pissotte. In Venetian, this source says they are called “pissabraga”.

Now, I know this will never settle the issue, because after this most sensible comment, the debate raged on for ages. What I like about all this, is that we can theorise until the cows come home, but we’ll NEVER know the truth of the matter.

And, we’ve all learned a new word in Venetian.

19 responses to “Flash! Breaking news … update on the pissotte saga”

Now let's hear it from you, folks. Cancel reply